This goes nicely with my nail in the block “puzzle” as a way to confound coworkers.  Once again it takes advantage of wood’s ability to swell along the grain when wet.  I started with a 3″ block of maple and drilled centered holes all the way through.  I had a 3/4″ pinball, so 5/8″ was the drill diameter 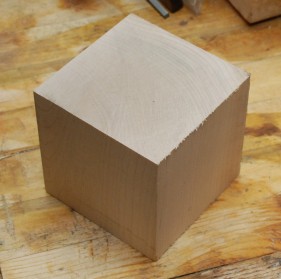 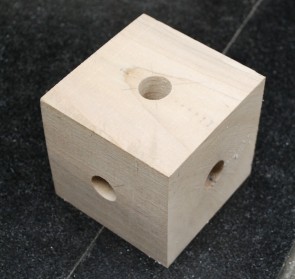 After looking at it for a bit, I felt like the holes were too small for the total block size.  I needed bigger pinballs or a smaller block.  The install was pretty easy.  I dunked the block in a bucket for a day, and then pushed the ball in on my wood vice with the help of a small 1/4″ deep socket.  The hole still looked ok, but I threw it back in the bucket for a few hours to make sure it returned to its original shape and size.

With the ball installed and everything dry, I took it back to the table saw for a diet.  All the edges came down till the proportions seemed right.  I liked the look of the chamfer, but my crummy chamfer bit chewed up a few edges.  Still, overall it looks nice and should leave some heads scratching. 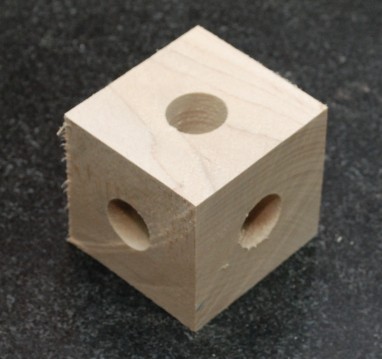 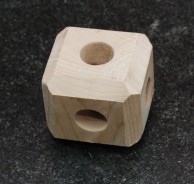 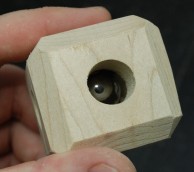 I built a small mite board using sticky pest strips a while back.  It worked, but you had to keep buying the strips, and the sample area was small.  The new mite board is bigger and instead of sticky strips uses white coated masonite board and spray oil.

The bottom board (right) is the white coated masonite with a 1×2 cleat attached to the bottom.  Its purpose will be more obvious later.  The top that holds the screening is a 1×2 ripped in half and held together with small angle brackets.  Everything got a coating of bright yellow spray paint as much for ascetics as for environmental reasons. 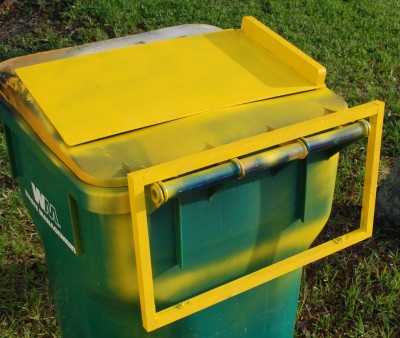 Once the paint had cured I put down more of my aluminum 1/8″ screening.  Looks good, but I am starting to wonder if my use of yellow for every bee related article is over doing it…  NAHHHHH! 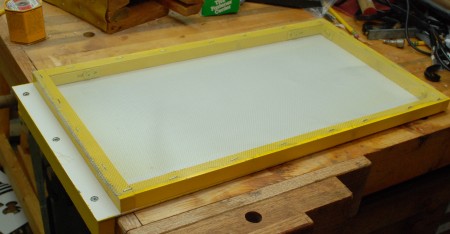 Now to put it under the hive.  Before I do, I gave the mite board a heavy spray of cooking oil.  The coated masonite shouldn’t soak anything up, so when I am done I can clean it and use again as many times as I want. 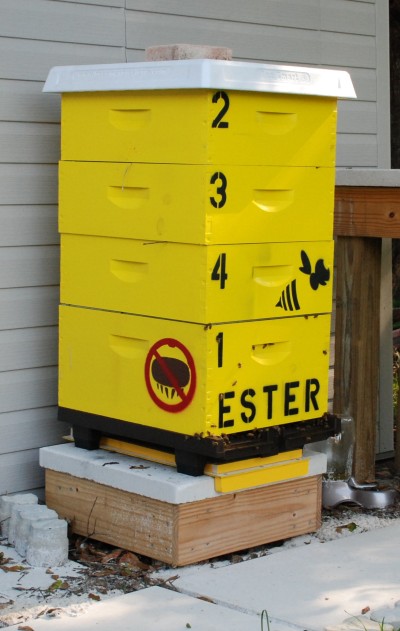 It looks good under the hive, and the cleat is more obvious now.  Just sit the top on there, and slide it back until you hit the cleat.  It also gives you something substantial to quickly grab and get away.  Trust me, you don’t want to spend a lot of time messing around under there.

The board works perfectly, I am really happy with this design.  It installed quickly, caught the mites, didn’t cost much, is super reusable, doesn’t trap bees, looks great, and makes it very easy to see mites.  The only problem is that I have a lot of mites. 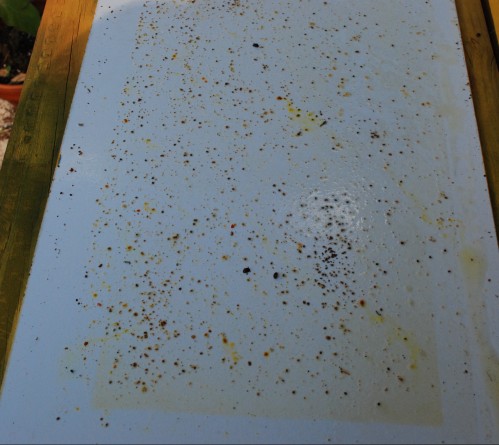 It is hard to distinguish in the above picture, but there are dozens from a single day of monitoring.  We are going to have to start doing something immediately.  I have read good things about the powdered sugar treatment.  I still have honey supers on, so I can’t use some of the really aggressive stuff.  A single powdered sugar treatment isn’t highly effective, but done consistently week after week, it can supposedly knock down the population.  Our starting numbers are really high, so hopefully it can only go down from here.  Look at those horrible buggers! 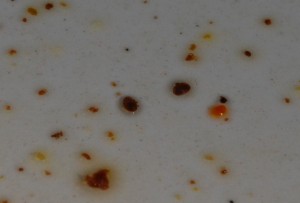 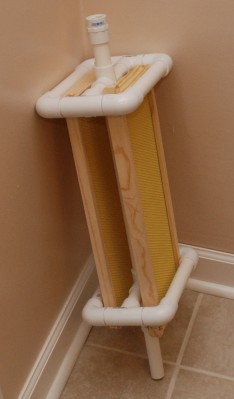 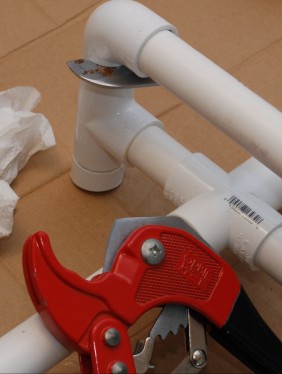 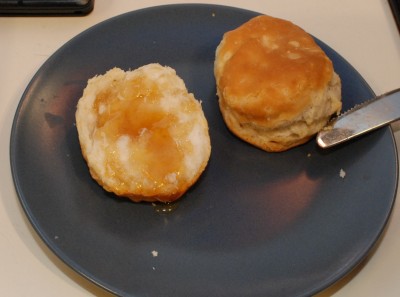 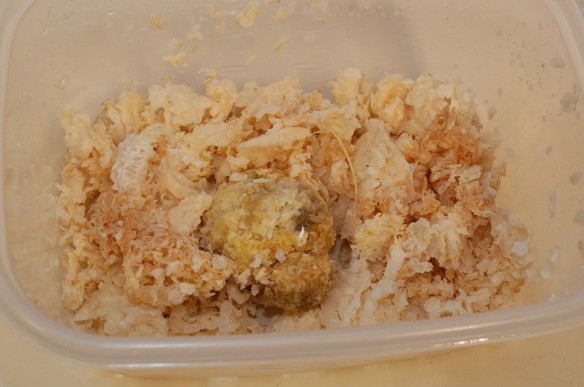 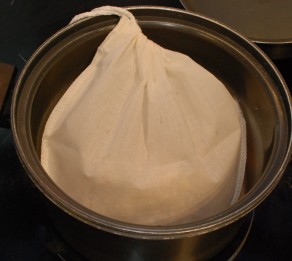 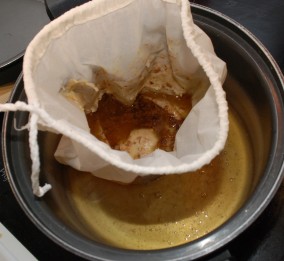 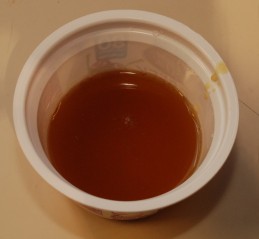 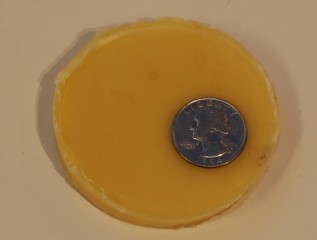 The variety of flowering plants we have been putting down over the last six months has started to bare pollinator fruit.  There have seen a number of bumble bees in our yard, and of course our own honey bees have something close to snack on.  I thought adding some clover would help out.  I picked up a pound of white and yellow clover and got going on a raised bed garden.

I considered tilling up some of the back yard and trying to plant where the grass had been.  I might give that a shot sometime, but doing a raised bed garden seems to be more of a guarantee of success.  I picked out enough cedar to make two joined 4ft x 8ft raised sections.

12 foot board cut nicely down to 8 and 4 foot sections.  The corners and centers that tie everything together were made up of 4×4 pieces.  I went with galvanized lag bolts with washers with the hope that it will last longer than screws.  Time will tell.  Once assembled the thing was bigger than my garage, and almost too big to carry to the back yard. 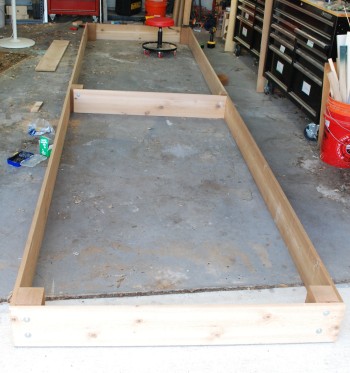 Before putting it in place I gave everything a coat of waterseal to add a little extra life to the cedar.  Once in the backyard weed screening was stapled to the inside to form a sealed area.  This meant I didn’t have to tear up the grass or worry about it growing up into the bed.  In all a serious time saver.

A million trips wheelbarrow trips of dirt later and the beds were full.  I sprinkled down a few hands full of seed and mixed it into the top inch or so of dirt.  The picture below is about a week old with a few little sprouts start to poke through.

When I first built our apiary I put down a few 20×20 pavers to serve as a base for the hive and working table.  It worked pretty well, but mowing has been a bit of a pill.  I haven’t gotten stung in a while, but it is always pretty dicy.  They just don’t like it when the mower gets right in front of the hive.  I can’t blame them, it is noisy and vibrates a lot.

My solution was just to roll down a bit of weed screen and extend the area out by another set of pavers.  We have already inspected the hive once with the new setup, and it makes seeing the bees easier in our immediate surroundings.  The first mow went really well too.  Just that little bit of extra space made a big difference in their comfort level.  When planning your apiary, it might do both parties some good to plan a mower buffer zone in front of the hive entrance. 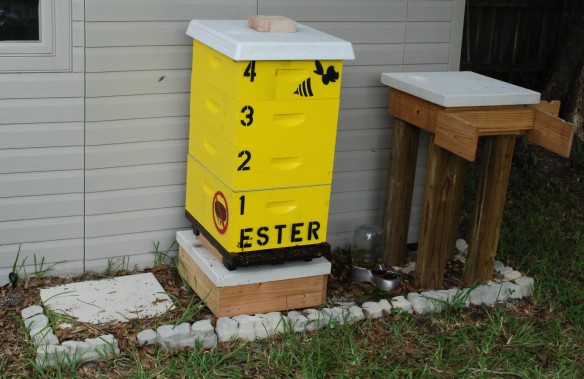 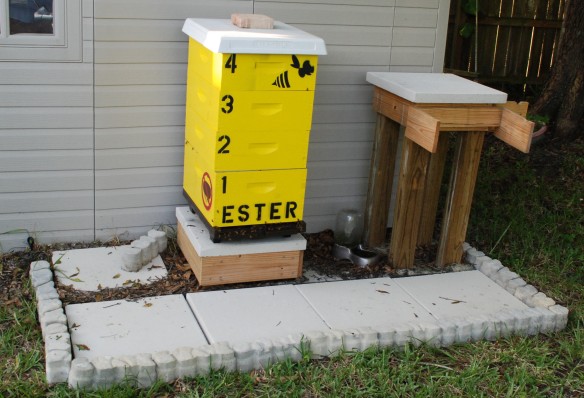 I went with the lovely wife up to Michigan to see the family in laws.  I didn’t intrude with my camera on any of the reunion activities, but I did get a chance to shoot some nice time lapse and highlight a few roadside attractions.  Mi is very green and gorgeous this time of the year, but their roads are terrible!