The Tampa Woodworking Show is back!  I went for the first time last year.  This year was similar in that I learned a lot, met cool new people, and spent way too much money on tools!

The fun begins as soon as you walk up.  They had this trailer with a mobile wood mill on it again.  I managed to snag some video of them carving up a big cedar log.

How would you like to have one of those bad boys show up in your front yard and slice up a few trees?

There were classes going practically all the time, and I managed to make it to 6 different sessions.  I learned about finishing, turning, and molding making.  This guy was doing some really big and aggressive turnings.  All his AV equipment was constantly getting covered in shavings. 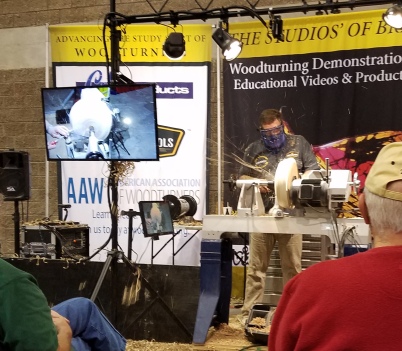 My favorite housewright (ok, the only one I know) Ron Herman was back this year dispensing with some old school wisdom to constantly full classes.

Did I mention I spent too much on tools?  It was hard not to, there were vendors everywhere.  Lee Valley would let you touch and play with everything. 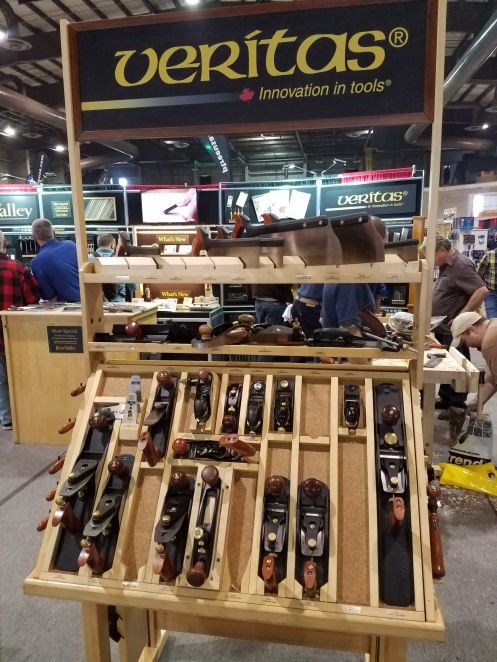 Saw stop did a demonstration of their saw saving a poor defenseless hotdog.  This is my win-the-lottery tool!

When it detects your finger (via capacitance?) it crashes a stop into the blade and pulls it down.  Must be seen to be believed.

They had one of the crashed blades to show how the mechanism works. 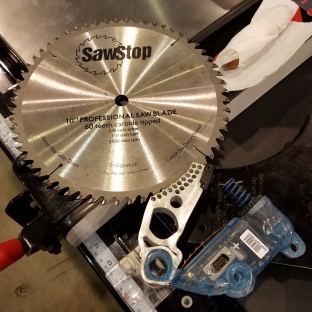 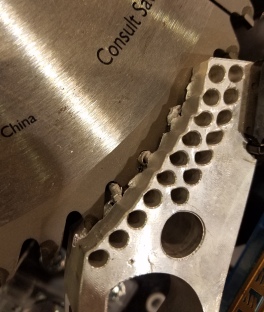 Moving up from there we had festool (more like festdrool amirite?, or something like festwo-wholepaychecks).  Everything they make looks great, but once again, I think a lottery handout might have to be involved before I get one.  This Aussie company makes a massive converting industrial wood transformer thing. 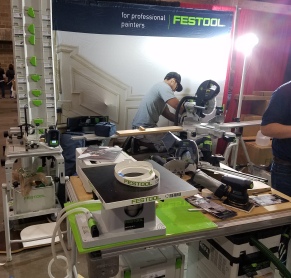 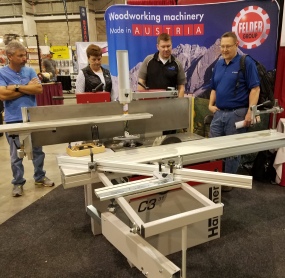 Giant slabs of gorgeous wood, CnC mills galore, and even a bag for the knitters in your life.

One of these years I will have to travel to one of the bigger shows.  Maybe Atlanta first.