I don’t think I had ever had limoncello before a friend’s wife gifted me some for christmas.  She is a bartender and did some fine drink related gifts this past year.  It was really good stuff, and I wanted to try my hand at making some.  She makes it in huge batches so I was worried about a recipe scale issue.  Instead I read 5 different online recipes that don’t seem to agree at all.

The lemon to vodka ratio was pretty stable at around 8-10ish zested lemons per 750ml of vodka.  The wait time ranged between 3 days and well over a month.  Time to improvise.  I went with 10 lemons into 750ml, and taste tested it along the way. Zesting worked, and I did that to some, but it was slow.  Peeling went much faster, and my peeler didn’t get much of the bitter white stuff under the rind. 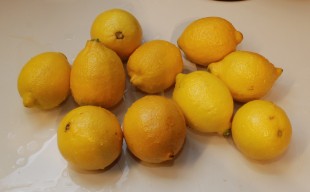 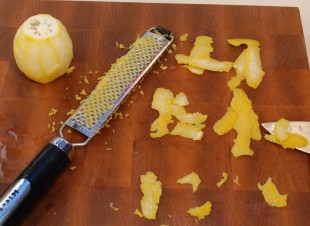 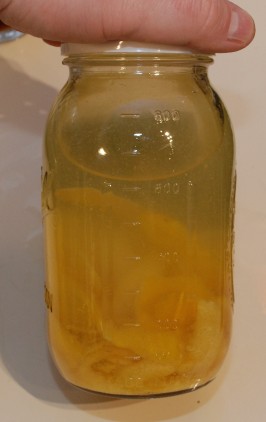 With the jar filled and looking pretty yellow right off the bat I waited.  Every other day or so I would do a tiny taste test.  It was harsh, being basically pure vodka, but the lemon flavor started coming out quickly.  I found it to be a good flavor after about a week, so I poured it into a larger bottle through a coffee filter.  The result was a tansparent yellow liquid.  Kind of looks like pee, but tastes nice and lemony. 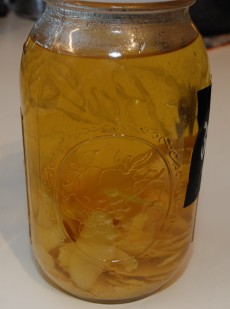 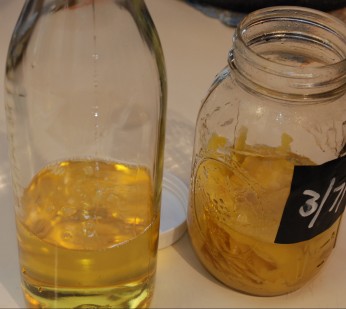 Most recipes have you adding a lot of simple syrup.  I didn’t want this to be very sweet.  I made a batch of 2:1 sugar to water syrup and added it in small splashes with tastes in between.  The pictures below show before and after adding the syrup.  It is a 1 liter bottle and was probably right around 750ml full before.  I would guess about 1/2 to 3/4 of a cup when in, but that is a guess.  I wanted to take the edge off vodka, but not turn it into some super sickly sweet mess.  I think the balance was good.

I enjoy it warm, but having a small glass straight from the freezer is awesome!  Don’t forget that it is still mostly vodka!  Next will be coming a version with limes and another with oranges.  I can hardly wait!

Zest or peel lemons being careful not to remove white stuff under rind.  Leave in vodka for around a week, tasting will help guide you.  Filter through a coffee filter into a second container.  Add simple syrup to taste.